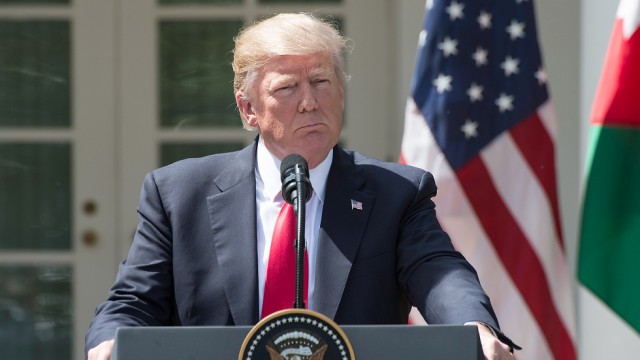 America needs unity. And if we can’t unite around the United States finally taking action after Arab children are gassed, then nothing will bring us together.

For those who waited four long years to see the United States reclaim its moral mantle as leader of the free world and protector of human rights, the news that President Trump struck at the Syrian tyrant Assad is electrifying. I am well aware that many in America object to Donald Trump. But is there a higher calling for a president than to stop mass murder, and should we not salute bold leadership when it sends a message that genocide will not be tolerated?

Just think for a moment how the Jews of the concentration camps of Europe would have felt had they seen American bombers punishing the Nazi soldiers for operating gas chambers at Auschwitz. Sadly, those bombers never came, and still today historians debate how a moral man like Franklin Roosevelt could have stayed his hand against Hitler’s machinery of death.

I am well aware that the crime of the Holocaust is unique and brooks no comparison. But poison gas is poison gas. And America had a moral and righteous responsibility to strike at the air force that dropped that poison gas. To see the Syrian air base smoldering in ruins is to believe that perhaps there is a small semblance of justice in the world after all.

And how prescient that Trump’s attack on Syria came on April 7, the day of the commemoration of the Rwandan genocide, where nearly 1 million people were hacked to death in three months in 1994 while the United Nations largely withdrew its peacekeeping forces and the world didn’t lift a finger to save them.

For all those who are objecting to Trump’s missile attack, I ask you, have you lost your moral compass? It’s 2017 and people are still being murdered by poison gas with the world watching in silence.

And now, finally, the United States rises to the occasion and shows that human life has value. Those who devalue it will suffer enormous consequences. Kill babies and you will be killed. Murder men, women and children and we will hunt you down to the ends of the earth. So you better think twice before you fire gas canisters.

As a man who worships God I am well aware that I am not God. We are not all-powerful. We are not omnipotent. We cannot punish every unrighteous iniquity. We cannot strike at every bloody fiend. But we can punish the worst offenders so that others take heed. And the use of poison gas against civilians has proven to be mankind’s foremost abomination. If gassing children is not evil, then the word has no meaning.

This past November, Donald Trump won the election. But it wasn’t until his attack against Assad that he became the leader of the free world.

As an American and as a member of a people who were gassed to death for three years at a rate of 10,000 per day, I offer my gratitude to the president for having elevated the value of life in Syria, where more than half a million have already been murdered while the world stood by in silence.

Barack Obama betrayed himself and his administration debased American values by allowing genocide in Syria with absolutely no response. Worse was his ambassador to the United Nations, Samantha Power, who had earned a global reputation for calling out previous American government officials as “bystanders to genocide,” only to become one herself. The nadir of the Obama administration was December 2016, when Aleppo was pulverized by bombs and President Obama, with nothing to lose politically, still did nothing to stop the carnage. At the U.N. he orchestrated a condemnation of Israeli settlements at the Security Council while Arab children faced death from the skies.

The world will never forget his passivity in the face of such horrors.

The real sin of government officials like Susan Rice is not the allegations of unmasking that currently pervade the news; it’s her allowing 1,400 Arab civilians to die of a chemical gas attack by Assad on August 20, 2013, and then, as national security adviser, to take no action. America is the light of liberty and the beacon of democracy. Those words ring hollow when America witnesses mass murder in silence.

President Trump has with his actions helped restore America to its human-rights luster and Arab life to the claim of infinite value that is the birthright of every child of God.

Trump is often accused of racism and is said to be especially hostile to Muslims. But the world will never forget that when Arab children were gassed to death, one president decided that he would not spend weeks debating with Congress whether America must protect them. He stunned the world with his bold and decisive action.

In so doing he reminded us all of the biblical injunction demanding human action in the face of murder: first in Genesis, when God says to Cain, “The blood of thy brother cries out from the earth,” and later in Leviticus, in the most famous anti-genocide commandment of all: “Thou shalt not stand idly by the blood of thy neighbor.” 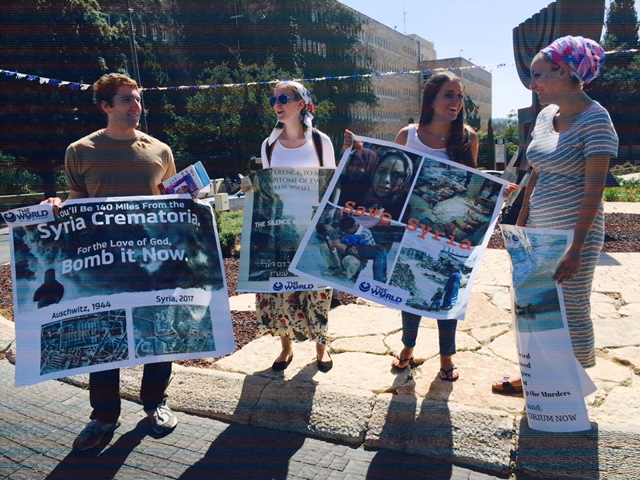